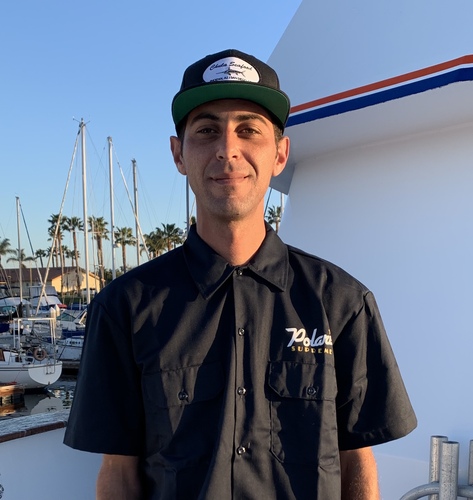 Aliyar grew up on the coast of Southern California. He has been in and around the Sportfishing industry his entire life. Whether he was walking Dana Wharf fishing from the shore or riding the local boats, he always had a fishing rod in his hand. This passion eventually manifested into a career, as he found his way onto the deck of the Dana fleet.

At age 17, Aliyar transitioned into the San Diego long range fleet. He spent several years working on the Qualifier 105 and the Shogun. It was during this time that he obtained his Captains license and gained valuable long range knowledge and experience.

With his own boat in mind, he made his way back to Dana Wharf and put his Captains license to use. He began his career as an operator running the Sum Fun and the Reel Fun. After several years at Dana Wharf and a season in the commercial squid industry, Aliyar realized his life long dream of owning his own vessel when he bought into the Pacifica in 2019. It was on this boat that Aliyar cemented himself as one of the fishiest Captains around.

2021 marked his biggest accomplishment to date, when he and business partner Frank LoPreste purchased the Polaris Supreme. Aliyar has a wealth of fishing experience under his belt. He has spent his career honing his skills and preparing for this opportunity. His mission as Captain and part owner is to provide you with the ultimate limited load long range fishing experience from start to finish. 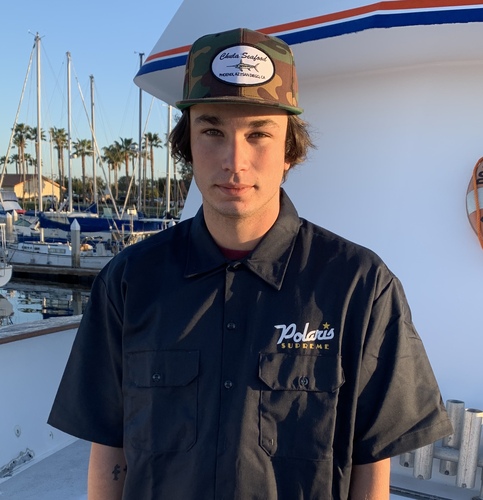 Tanner was born and raised in Dana Point. Growing up in such close proximity to the ocean, it was hard to keep him away from the water. His passion for fishing began at an early age. He began his career working on boats out of Dana Point Harbor. He worked on boats through High School and upon graduation, he transitioned into commercial fishing. He spent time both Albacore and squid fishing. Tanner has spent the last two seasons honing his skills on the Pacifica. In the process, he earned his Captains License. 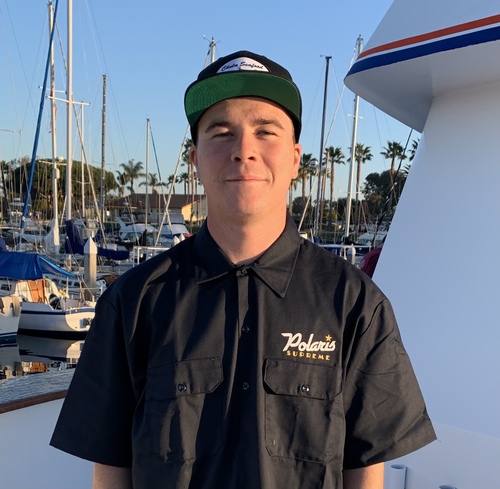 Dan is an avid fisherman with a passion for the Pacific. He grew up in Dana Point and spent his childhood in and around the fishing industry. Since graduation, he has been working on the Tribute and the Pacifica out of Seaforth Landing. He is an experienced deck hand and recently took the next step and acquired his 100 ton Captains license. 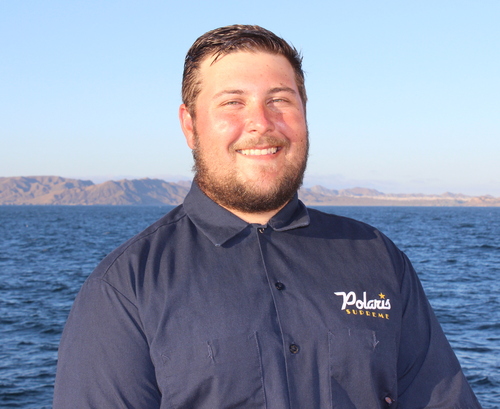 Jake's love for fishing began at an early age. Weather it was watching TV shows or actively fresh water fishing, it was always a part of his life. Like many of us, his interest was sparked as he watched the long range boats returning home. The buzz around the landings and the sight of fish being offloaded was enough to hook this young man. Jake earned his stripes on the Polaris Supreme, starting as a galley assistant and earning his way on to the deck. 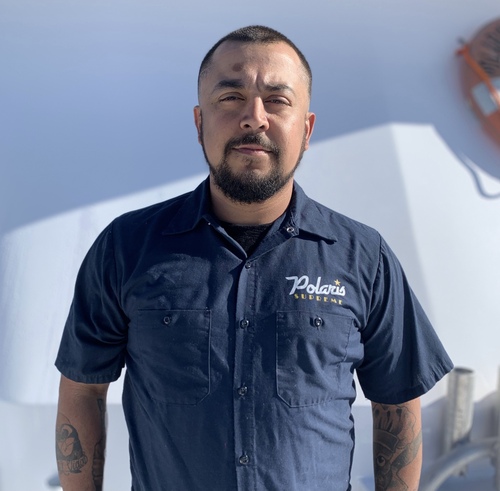 Abe is the head Chef aboard the Polaris Supreme. His goal is to keep you well fed with a diverse menu of long range cuisine. His love of fishing is only surpassed by his love of food. He comes from a large family and was always ready and willing to provide a helping hand in the kitchen. After serving in the Marines he attended the Art Institute of San Diego to pursue his culinary aspirations. Abe was lucky enough to turn two of his passions into a full time career.